Geneva is innately scenic and impressively stylish and is majestically located in the shadow of the Savoy Alps.

Geneva is a lakeside city with elegant parks and promenades, a young and vibrant nightlife, breathtaking fountains, fine museums plus numerous traditional and historical buildings. The city is set against a dramatic mountainous backdrop and sits astride the River Rhone, where it streams into Switzerland's most scenic lake.

City Breaks: Geneva makes a perfect city break destination, it's also an excellent base from which to explore the region's rich culture, history and beautiful landscapes. The city centre itself has plenty to recommend it, including the medieval heritage of Geneva's old town, (Switzerland's largest historical city). Here you can lose yourself as you follow the maze of cobblestone streets that mingle between small squares, historic buildings, museums and mysterious secret passage ways.

Geneva has a fortunate location, with many spectacular destinations on its doorstep. The city has excellent public transport systems and links, making Geneva a perfect base from which to explore the regions many sights and interests, including convenient gateways into the Alps.

introduction: The cities best known landmark is the Jet d'Eau which shoots 500 liters of water per second to a height of 140 meters. The fountain has became a symbol of strength, ambition and vitality of both Geneva and Switzerland, (it's also Europe's most powerful fountain). Much of the city is modern and sophisticated, however the Old Town with it's enchanting narrow streets and picturesque squares is a welcoming contrast. The Old Town is full of intimate bars, bistros and fine restaurants, the best can be found around the cobbled streets of Vieille Ville.

Attractions& Sights: Visit the 12th century Cathedral St.Perre Geneva. A former Catholic cathedral, St Peter's became a Protestant church in 1536. For breathtaking panoramic views of Geneva and Lac Leman, climb the 157 steps that lead to the summit of the cathedral's north tower.

Geneva Old Town: When you visit to the medieval old town, look out for the secret tunnels and underground paths. In the old days these tunnels where used to prevent enemy attacks or to evacuate the city when under siege. The most important tunnel is the Passage de Monetier, located at Rue Perron 19, which is only open to the public for one weekend a year, during the Fête de l'Escalade (an annual celebration and procession of some 1000 people in traditional costumes, they parade through Geneva's old town on foot or on horseback, to commemorate the city’s victory over the troops of the Duke of Savoy in 1602).

Stroll from the centre towards the old town to view the Jardin Anglais with it's famous flower clock, a symbol of the Swiss watch industry, its located close to the water fountain and is a good advantage point for outstanding views of Mont Blanc and the lake. Also worth visiting is Park Moynier, with the History of Science Museum situated in the centre.

Also worth visiting is the famous Clock and Watch museum and the Patek Philippe Museum with its fine collection of 16th to 19th century timepiece. The Patek Philippe museum houses over five centuries of watchmaking history and is located at Rue des Vieux-Grenadiers 7, 1205 Geneva.

If time allows take a few days off to visit Zermatt and the Matterhorn, or the beautiful city of Lausanne or Chamonix. Due to Geneva's close proximity to the Swiss and French Alps, the city is an ideal starting point for adventures into the mountains and surrounding areas. Geneva is also a major gateway to many of Switzerland's luxury ski resorts, such as Zermatt, Wengen and Verbier.

With the help of Switzerland's highly efficient and extensive rail network, you should have ample time to day visit the many fascinating cities, towns & holiday resorts surrounding the Geneva region. Top Tips: Take a lake cruise excursions from Geneva to visit the many picturesque towns dotted along the lake's coast, or for peaceful mountain walks head to the Jura Mountains to the north of the city.

Shopping: Geneva is a major and well renowned shopping destination, with the city's main and most glamorous shopping area located between Rue du Rhône and Rue de Rive, where you'll find many chic and high brand boutiques. For fine jewellery and watches you won't be spoiled for choice at rue du Rhône.

For less expensive shopping check out Switzerland's largest flea market at Plaine de Plainpalais. Every Wednesday and Saturday, and every first Sunday of the month since 1970, the Plaine de Plainpalais is packed with people and stalls selling antiques, bric a brac, old clocks, paintings, cloths and books, along with souvenirs to take back home.

Out & About. Public Trasport

Introduction: Switzerland has a modern and highly efficient public transport system, and Geneva has an extensive tram and trolleybus transport network. The main railway station (Gare Cornavin) is located in the city centre, just a 10 minute walk from the lake and 20 minutes from Geneva's Old Town.

Public Transport: Geneva is a great city to explore on foot, however the city's public transport is very convenient, consisting of an extensive tram and trolley bus system that weaves across the city quickly and efficiently. There are 4 tram lines that compliment the bus and trolleybus services, tickets and day passes are available to buy from ticket machines in most stations and newspaper stands.

Busses operate from the main station (Gare Routiere) located in Place Dorciere, the bus station is also the start point for organised sightseeing tours and day excursions. The bus network in Geneva is extensive with regular bus service operating from 4:45am until 1:30am.

In the summer months city bicycles can be borrowed for upto 4 hours free of charge, the pick-up location is at Genev' Roule, outside the main train station.

Taxi Cabs: Taxi's in Geneva are readily available but are very expensive, and you will have to to pre-book your taxi in advance, unfortunately you cannot hail taxi's in the street.

Water Taxi's: Water Taxi's operate from 4 locations on the city shoreline, they offer a convenient and popular form of transport for locals to cross the lake, they also provide an interesting and alternative way for tourists to view the city and surrounding landscape. The yellow water taxis are known as Mouettes and are modern, quiet and comfortable. The Mouettes depart approximately every 10 minutes from 4 separate city locations on 4 separate routes across the lake. Top Tip: Hop on a Mouettes mid-morning after the rush hour, for your own mini 'Lake Geneva sightseeing tour'.

Geneva Nightlife: Nightlife in Geneva is lively and colourful, with plenty of happy party people and music from all corners of the world. You'll find plenty of clubs, music venues, pubs and bars to suit most tastes located throughout the city.

Top Tip: Some of the clubs here can get quite full so don't arrive to late. The Old Town (la Vieille-Ville) is full of smaller atmospheric bars and pubs. Visit the Place de l'Ile an island in the middle of the river Rhône, where you have a choice between the lively more modern clubs or the smaller intimate bars located by the river, which are perfect for relaxing and chatting with friends over a few beers.

Geneva Airport GVA, serves as a hub for both Swiss International Air Lines and easyJet Switzerland. Geneva airport's location lies within Swiss territory, however its northern boundary runs along the Swiss–French border, making the airport accessible from both France & Switzerland.

Airport Transport and Shuttle Services:
The most convenient method af transport from Geneva airport to the city centre is by train. All trains departing from or to Genève-Aéroport station stop in the city centre at Geneva-Cornavin rail station. The journey time is 7-minutes and services operate upto 7 times an hour at peak times.

The CFF Railway Station at Geneva Airport is located next to the main terminal building and is directly accessible from both the Check-in and the Arrival areas. Alternatively public buses leave for the city centre every few minutes from both the arrival and departure levels.

Rated 4.00 out of 5
Book Now
Flight Search About Opodo

Rated 4.00 out of 5
Flight Search About EasyJet

Rated 4.00 out of 5
Book Now
Flight Search About EasyJet 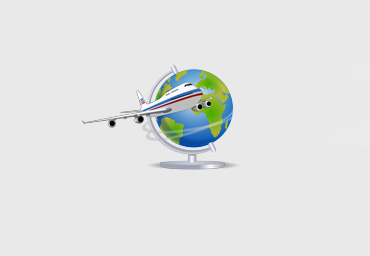 Momondo's metasearch engine scans prices on hundreds of travel sites in seconds. Whether you're looking for discount flight tickets or bargain hotel prices in Geneva, Momondo gathers deals from across the web and puts them in one convenient place.